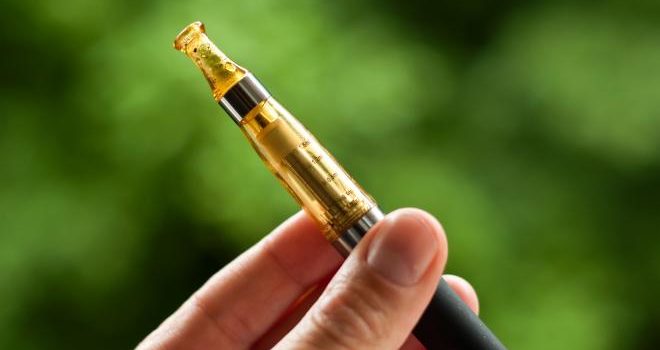 ecigs1
There always have been conflicting views on the e-cigarettes. Some people consider them to be great tool to stop smoking, while others accuse them...

There always have been conflicting views on the e-cigarettes. Some people consider them to be great tool to stop smoking, while others accuse them of being a sort of gateway drug that may push young people to start smoking tobacco. However, a recent study has shown that more and more doctors start to recommend e-cigs to their patients in order to help with their tobacco habit.

This study was published by PLOS ONE magazine and it was done by interviewing 128 doctors from North Carolina. The results were quite positive: two thirds of the interviewed doctors said that e-cigarettes could potentially be used to help people stop smoking tobacco and 35 percent said that they had already advised some of their clients to try them.
Leah Ranney, the author and associate director of the Tobacco Prevention and Evaluation Program has said during the press release that a third of physicians are already recommending e-cigs to their patients.

They are doing so even if there is no evidence regarding the effect of e-cigarettes and other vaping devices on health.
Even though it sounds like a voice of approval, Ranney still warned us that e-cigarettes are not yet approved by the FDA. She also advised physicians to hold off their recommendations of these cigarettes until we know more about their safety. In fact, 13 percent of the interviewed physicians said they did not know that e-cigarettes were not approved yet.
There was another study which was done not long ago.

It claims that the benefits of these cigarettes are greater than the risks associated with them and that it should be taken into account by the FDA and other regulatory agencies. Up to this day, there isn’t enough research data to prove or disprove that vaping can have some negative long term impact on your health.

The author of this study, Dr. Hayden McRobbie says that even if there are any risks involved in using e-cigarettes, they are much lower than the risks of tobacco smoking. He also added that all of us need to think very carefully about the regulation of products such as these.

His study showed that there is no reason e-cigarettes should be regulated as heavily as tobacco. You can find the related press release and the study itself on the internet. As we can see from this study, there is not enough data yet to make a final decision regarding the health effects of e-cigarettes.

No comments so far.